Desperado - Beauty is the First Victim 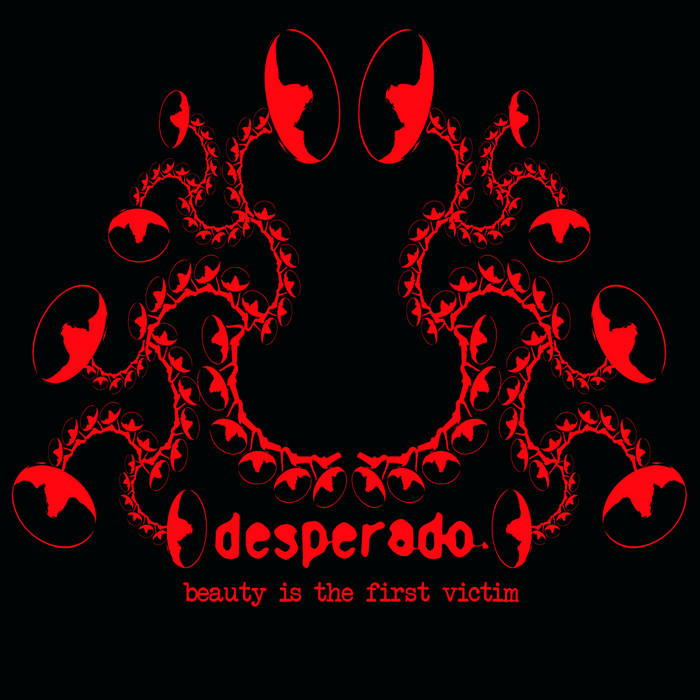 "the band play like fucking champs, they thrash out their aggressive and incendiary tunes like the four walls of the Face Bar just insulted their mothers. This is what watching Refuseds early shows must have been like, pretty soon everyone in Berkshire will say they were here" - RockSound Dec 06 live review

"the smouldering, acrid ire displayed on their debut suggests screamo greatness might lie within their grasp one day" - Kerrang 11th Oct 06 KKK

"whatever noise the band throws, the melody is strong in all the songs, and this is the glue that binds the tightness of Desperado. Desperado play like it is the final chance to dance,the final opportunity to break skulls, and the last chance to channel fury via rock music" - Powerplay 8/10 HOT album Nov 06 issue 82

"from the high-adrenaline high-kicks of 'All Hat, No Cattle' to the magnetic fuzz of 'Plastic Century Media' this disc is a rip-snorting rock and roll beast" - www.rockmidgets.com, Oct 06

"This CD begins with fab rock and roll melodic shouty business akin to their fellow Scandinavians the Hives and Randy. The changes in the music are dramatic and they often slip into tender moments of sweet melody before the full on noise spits back at you. There's also quieter moments of peace in the music that form the backing to convincing political style lyrics" - www.punkscene.co.uk , Sept 06

"this lot choose to play modern punk in the vein of early JR Ewing and The Refused. It’s a chaotic but catchy and short-lived affair, with occasional nods to the Level Plane roster of emo/screamo bands" - www.dieshellsuitdie.co.uk , Sept 06 , 8/10

"if you’re in your teens and don’t remember punk give it a try and make up your own mind especially if you are into At the Drive In or other screamo types" - Hardrockhouse , Sept 06

Sounding like a cross between The Hives and The Blood Brothers, with more than a hint of 1970s punk, 'Beauty is the first victim' proves to be an exciting and unique album.....Punktastic, Oct 06

From the first vocal shriek to the very end of this album, Norwegian quintet Desperado have set out to rock,rant and rage their way through the nine upbeat, loud and in-yer-face hardcore-punk tracks on "Beauty is the First Victim"....New Noise , Oct 06

If Desperado can work on making their music a little livelier and catchier, then they may be onto something worth taking notice of.....Room Thirteen , Oct 06

"There is no worthier band than this to take post-rock into the mainstream. At a time when emo is imploding and everyone is getting off the burning bandwagon, Desperado is refreshing and instantly likable. Take this album home and play it to all your friends. Now!" - Yourmusicbox Nov 06

the best collection of off kilter, discordant riffs this side of Refused. - Blastwave Jan 07

this Norwegian five-piece have created the messiest, drunkest party in hell. - music4em Feb 07

Desperado are able to field the sort of sonic assault you’d get if you combined At The Drive In with early Rise Against and gave them a Norweigan accent. The chugging opening guitar only hints at the raw, desperate vocals that are about to let rip, and the band quickly kicks into gear without giving you a chance to find your proverbial feet. - audio-democracy.com May 2007