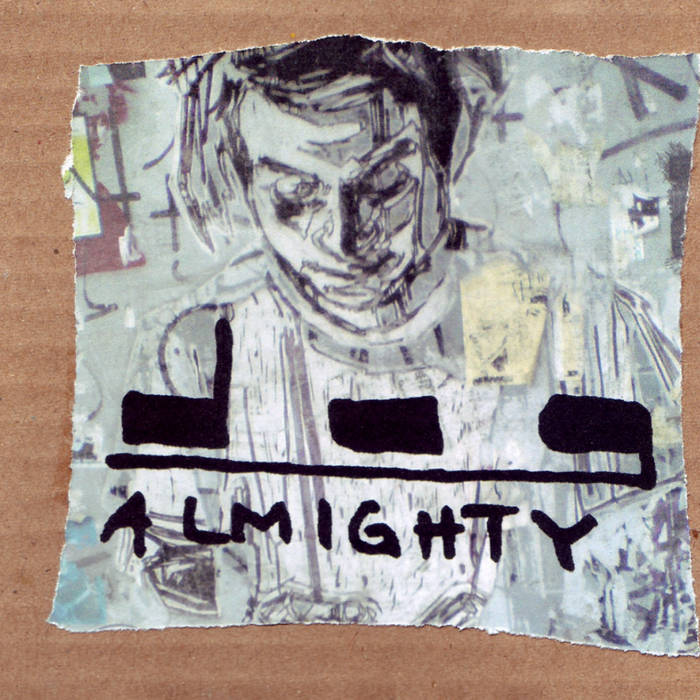 DOG ALMIGHTY rose from the ashes of Norwegian band SPAN, who were previously signed to Universal Island, selling 55,000 records worldwide and pretty much touring the world non stop for 2 years before calling it a day in 2005.

In January 2006 Joff, Kim and Fred along with new singer Sindri formed their band, Dog Almighty. They experienced a creative explosion which turned into 13 kick-ass songs. When they wrote lyrics they sat down and discussed the topic they would write about for hours, before putting it into words. That way they can stand tall for every word and feeling about the topics that engage them. They then started building their studio where they've spent 100's of hours producing their album. And what an album it is - intelligent lyrics with songs that rock - throwing metal, punk and hardcore into the mix without losing sight of melody and dynamics.

Already released in Norway, every cover is hand made by the band. No bullshit. That means that if you buy the CD in the stores, your copy will have their fingerprints all over it, but there are only 1000 copies of this limited edition sleeve up for grabs so when it gets its UK release in March 2009 you will have to be quick !

Rock Midgets - interview online - "Dog Almighty takes the poppy nouse of Span, but gives it a right roughing up, adding a harder, yet more atmospheric metal edge to create an alt steamroller of a record" - www.rockmidgets.com/features.php?page=3&id=1815

Moderate Rock - "they actually use the inspiration to get to some truly epic places here" - blogs.myspace.com/index.cfm?fuseaction=blog.view&friendId=10953275&blogId=478843495

Vanguard Online - "clever lyrics and roaring guitars......it is obvious that the bands blood,sweat and tears went into it and it would be a shame to pass it by" - www.vanguard-online.co.uk/0903ADA.htm

Die Shellsuit Die - 8/10 - "stuck somewhere between Muse and HIM, Dog Almighty have an epic sound characterised by soaring vocals and grinding riffage" - www.dieshellsuit.co.uk/article_detail.asp?rID=3305

Punkscene - thumbs up - "a standout track is Break, which kicks off with the killer guitar riff..... and there's plenty of tracks of this quality" - www.punkscene.co.uk?p=108